learn about our history 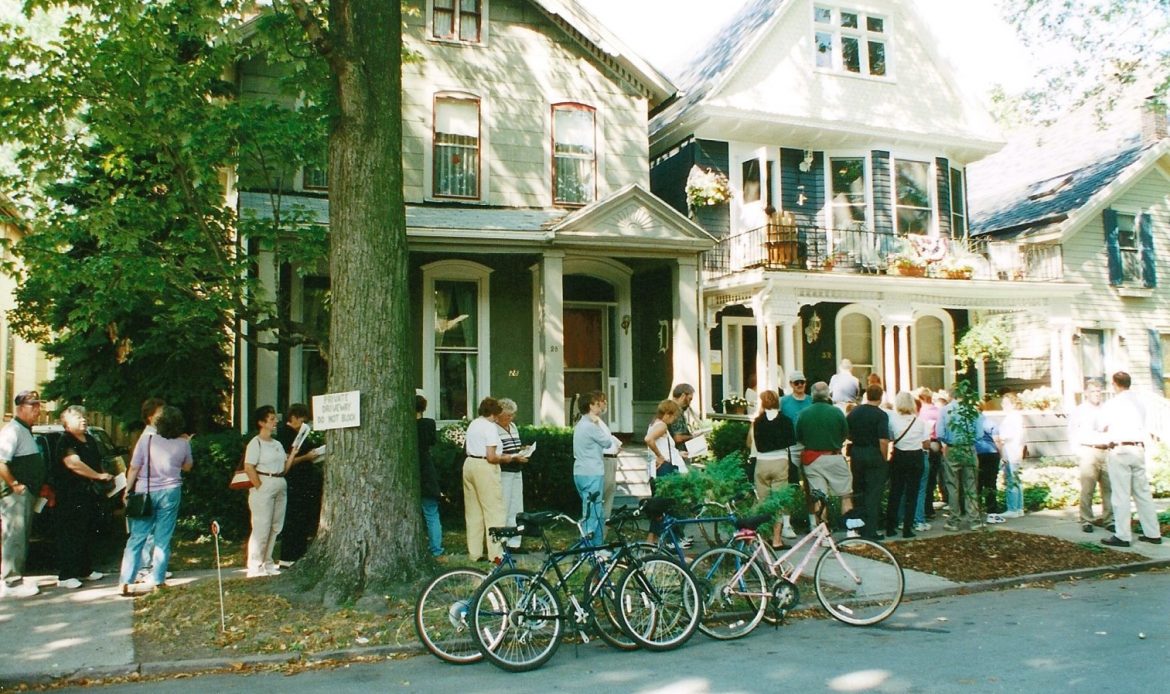 It’s hard to imagine Allentown as anything but the lively, colorful neighborhood that it is today. Ask any Buffalo resident and they’ll tell you that Allentown is known for its community of artists, walkable neighborhood filled with dining, galleries, and retail shops, as well as residents who are committed to preserving its rich history.

Peel away the tall city buildings and pavement, and imagine Allentown lush with greenery and cattle. Allentown’s beginning traces back to one person, Lewis Fallie Allen, who was a farmer in the early 1800’s with land on Williamsville Rd (now Main Street). When Allen was looking for a new space to let his cattle pasteurize, neighbor Thomas Day suggested some of his land, which sat between the cities of Buffalo and Black Rock. Allen’s new cattle path became known as Allen Street (ironically, Allen named his Grand Island farm “Allentown”). Allen was one of the founders of the Buffalo Historical Society and Forest Lawn. Allen’s nephew was notably president Grover Cleveland (whom Allen voted against!).

Allentown continued to grow when Thomas Day donated his green land to the City of Buffalo in 1854 to be used as a city park, now known as Days Park. Though not a Frederick Law Olmstead park, Olmstead was the Parks Commissioner of Buffalo at the time, so the park received the Olmstead touch.

In the turn of the century, modern young couples wanted a new kind of housing: free of land responsibilities and to be immersed in city life. Apartments went up, and merchants thrived. That is, until the great depression. Small businesses’ failed, and grand houses were split up into apartments or sold.
The late 1940’s and early ‘50s brought soldiers and their families back to Allentown, settling in next to older generations and the emerging Latino and African-American population.

The Allentown Association began in 1963, with the efforts of Olive Williams and her North Street Association to create a “consciousness amount neighborhood residents of the historical and architectural transition exemplified by every street in Allentown.”

Today in Allentown, you can find colleagues grabbing a drink and bite to eat on an outdoor patio, families strolling the streets First Fridays gallery walk, and UB medical students walking to he nearby medical campus. The Allentown Association continues to advocate for enhancing, promoting, and protecting Allentown’s unique character.