A Vision for the Future of Allentown

The Board of Directors and staff of the Allentown Association are taking a hard look at what defines the neighborhood of Allentown, Buffalo.  The district has worn many hats, faced its share of challenges, and now, on the verge of being at the doorstep to the city’s burgeoning medical campus, has many new opportunities.

The most important voice of Allentown is that of its residents and businesses.  They are the pulse of the neighborhood, and the ones affected most by these changes.  So to that end, we want to hear from as many of you as possible.  Please take a few minutes to share your thoughts in a survey designed by our Board. This survey will help to craft a larger survey the City is planning for sometime this year.

Prefer to mail us your comments? Download the survey HERE

See below for survey results as of February 5. Click image to view larger. 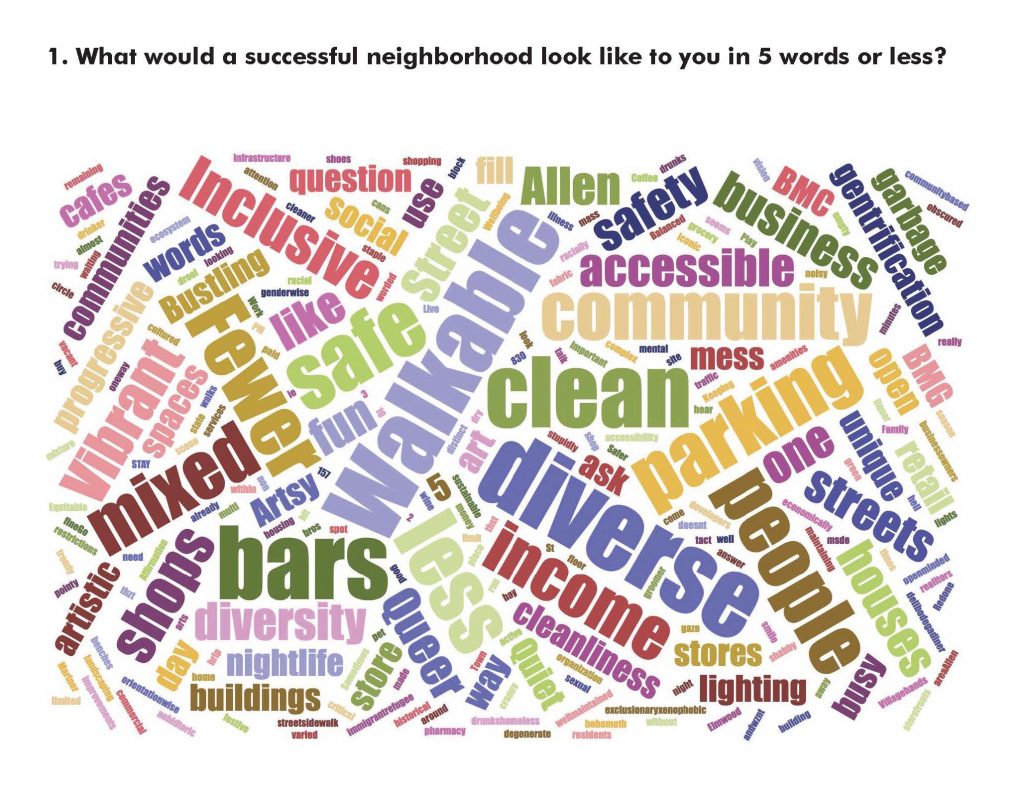 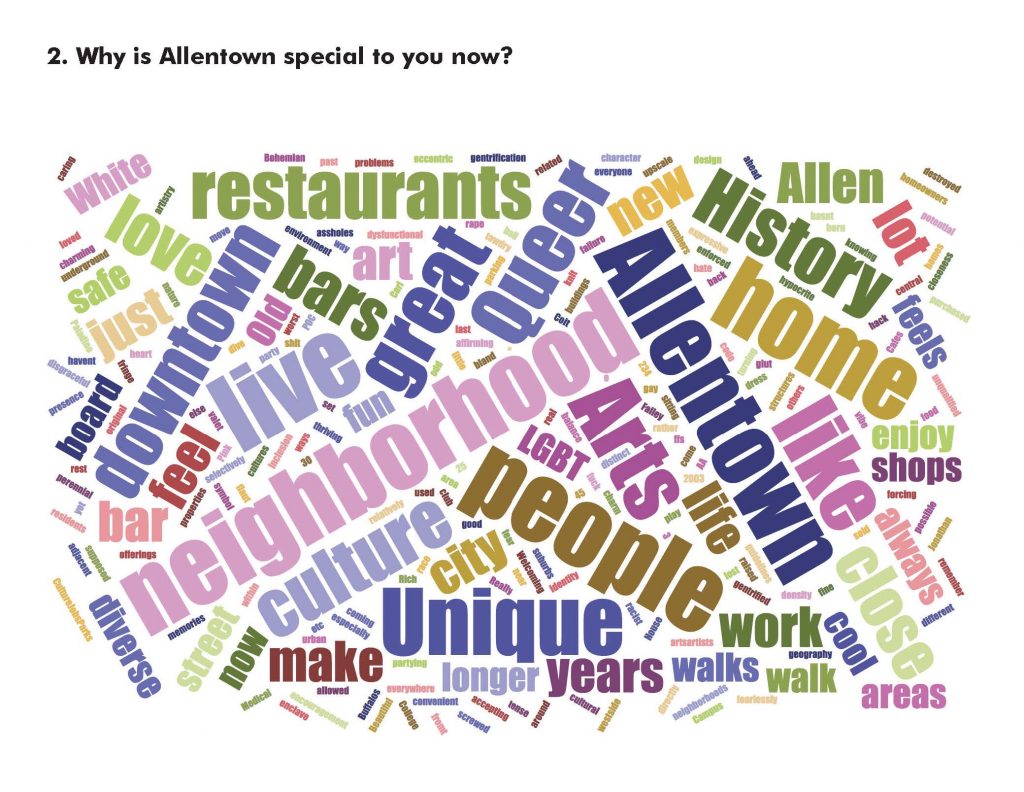 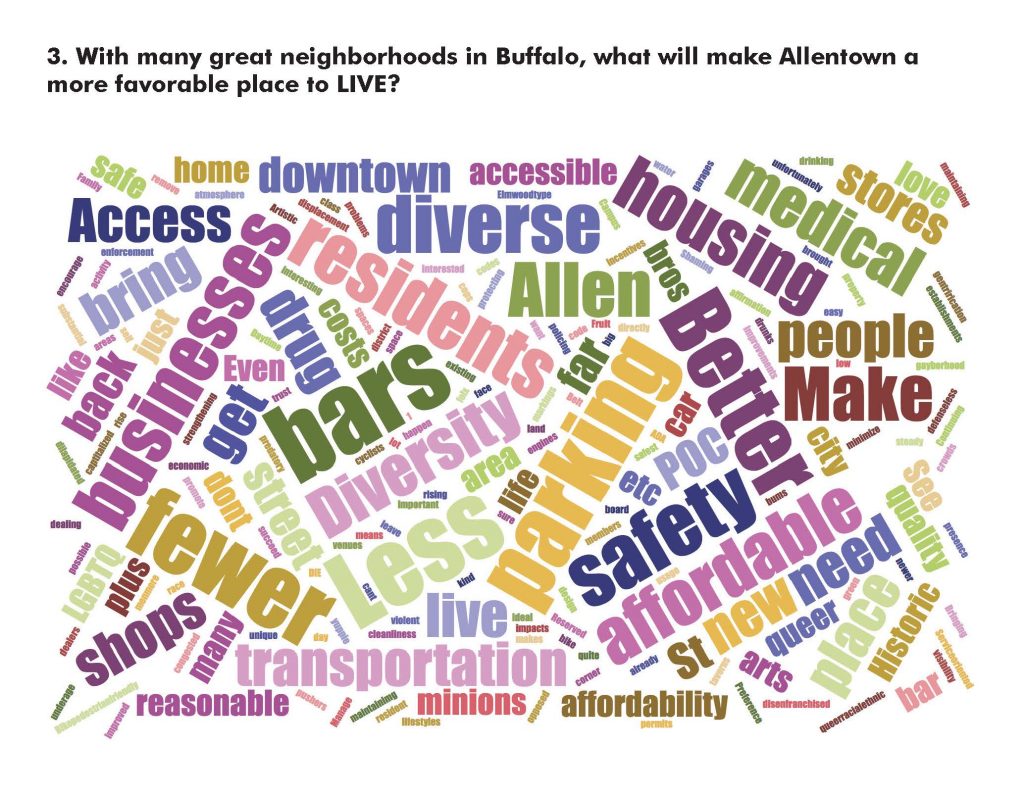 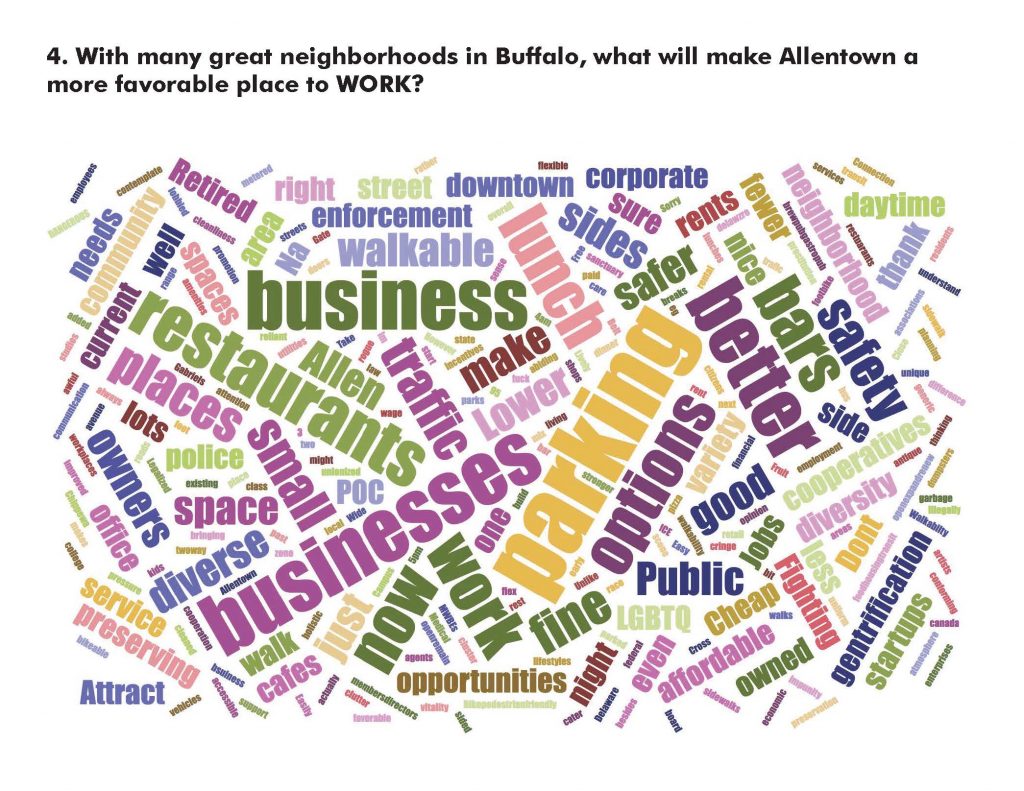 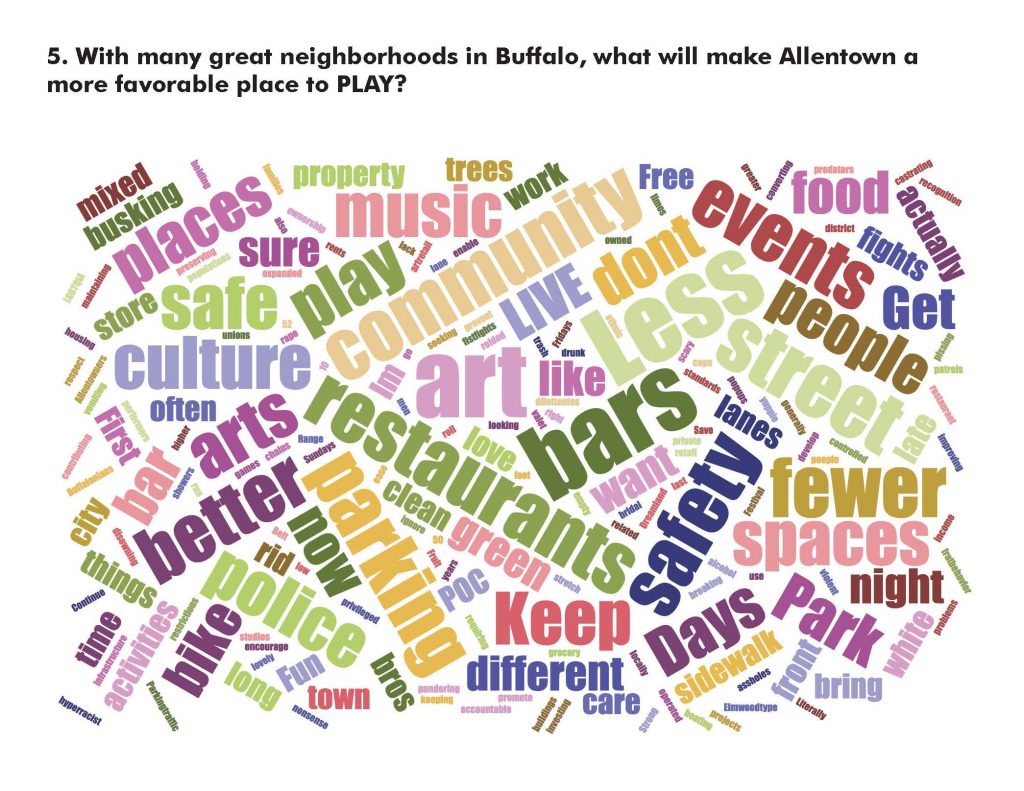 Press from The Buffalo News

Allentown Association surveying residents about what they want in the neighborhood

Allentown residents will get a chance to say what the future of Allentown should be.

The  Allentown Association is urging residents and business owners to complete an online survey on the association’s Facebook page – ttp://bit.ly/VisionforAllentown. The survey is broad-based, looking at the entire neighborhood, not just Allen Street.

One of the city’s most popular neighborhoods continues to face challenges of raucous weekend night behavior driven by crowds in a growing bar district along Allen Street, where a fatal shooting occurred this fall.

“We’re trying to understand, as we hopefully move back to a mixed use neighborhood, what residents want to see their neighborhood return to,” said Jonathan White, chairman of the association’s crime and safety awareness committee.

Years ago, Allen Street had a more balanced mix of professional offices and retail, along with restaurants and bars, White said. But in the last decade, “we’ve moved to almost a single-use district. Bar, Bar, Bar,” he said.

Association leaders have reached out to city officials and Buffalo Niagara Medical Campus staff to get a better flavor of what residents and campus employees and surrounding business owners  would like to see Allentown become. Additional surveys are planned with the help of city and medical campus officials that may begin by late January.